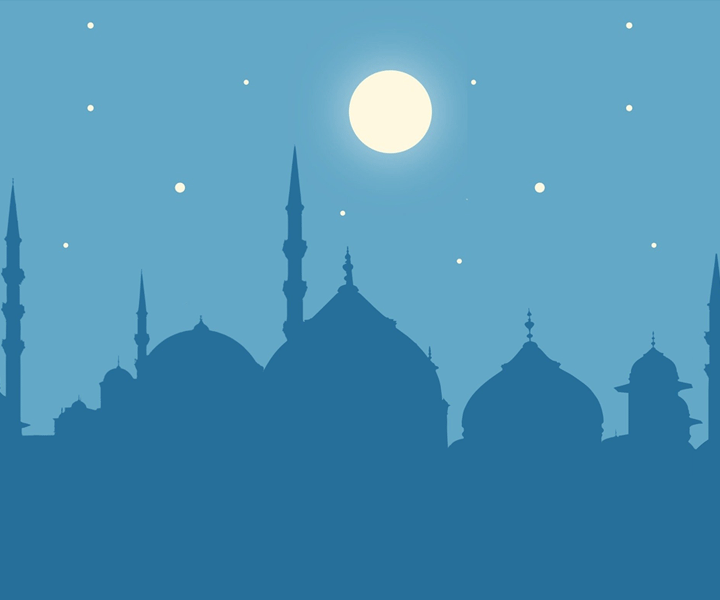 For all Muslim people, Shab E Meraj or Lailatul Qadr is a sacred night. Our dear Prophet Muhammad (PBUH) took a trip to heaven that night. He was then taken to the Heavens by the Angle. Throughout that night, all Muslims were required to perform five regular prayers.

Muslims celebrate Shab-e-Miraj (Isra Night) each year on the 26th of Rajab, as per the Islamic calendar, when the Holy Prophet Muhammad (PBUH) embarked on an unique journey to meet the God of the Universe, Allah Almighty, passing seven heavens on the celestial animal known as "Al-Buraq". The Isra Night is also mentioned in Holy Quran in the following verse:

“Glorious is He Who made his servant travel by night from Al-Masjid-ul-Harām to Al-Masjid-ul-AqSā whose environs We have blessed, so that We let him see some of Our signs. Surely, He is the All-Hearing, the All- Seeing” [17:1]

What happened at Shab E Meraj?

The supreme angel Gabriel appeared to our dear Prophet Muhammad (PBUH) in Shab-e-Miraj with the celestial animal "Al-Buraq." Our dear Prophet Muhammad (PBUH) was first brought from Makkah's Masjid al-Haram to Jerusalem's Masjid al-Aqsa. The divine journey then began, and Prophet (PBUH) ascended into the heavens to face yet another life-changing occurrence.

In a short time, the Holy Prophet Muhammad (SAW) went to Bayt-ul-Muqaddas, where all of the Prophets received and honoured Him with great reverence. In Bayt-ul-Muqaddas, the Muhammad (PBUH) headed the prayer of all Prophets. Shab-e-Miraj is really the night when the Holy Holy Prophet (PBUH) traveled through all of the heavens and arrived at Sidra-tul-Muntaha, which no one has ever entered even the Angel Gabriel-e-Ameen. Allah Almighty favored our dear Prophet Muhammad (PBUH) with a beautiful gift of fifty prayers on Isra Night, which had been later reduced to five daily prayers which we now follow and implemented for all Muslims. The Holy Prophet Muhammad (PBUH) was rewarded with a special relationship with Allah (SWT), and he was the first person to see the Creator of the Universe.

What Quran says about Shab-e-Miraj?

The specifics about Isra and Miraj are mentioned in the following verse of the Holy Quran:

“While he was in the highest part of the horizon: Then he approached and came closer, and was at a distance of but two bow-lengths or (even) nearer; So, did (Allah) convey the inspiration to His Servant (conveyed) what He (meant) to convey. The (Prophet’s) (mind and) heart in no way falsified that which he saw. Will ye then dispute with him concerning what he saw? For indeed he saw him at a second descent. Near the Lote-tree beyond which none may pass: near it is the Garden of Abode. Behold, the Lote-tree was shrouded (in mystery unspeakable!) (His) sight never swerved nor did it go wrong! For truly did he see the Signs of His Lord the Greatest.” [Quran, 53:7-18].

Importance of this sacred night

The Isra Night, also known as Shab-e-Miraj, is significant since Allah Almighty bestowed His divine sight on the Beloved Prophet Muhammad (PBUH). Allah Almighty Himself had sent Angel Gabriel-e-Ameen to summon His last companion, Holy Prophet Muhammad (SAW), and bestow His own sight upon him. On this Holy Night Isra, it is deemed significant to pray. Besides that, because of the miracles that occurred during Isra Night, Shab-e-Miraj strengthens Muslims' faith.