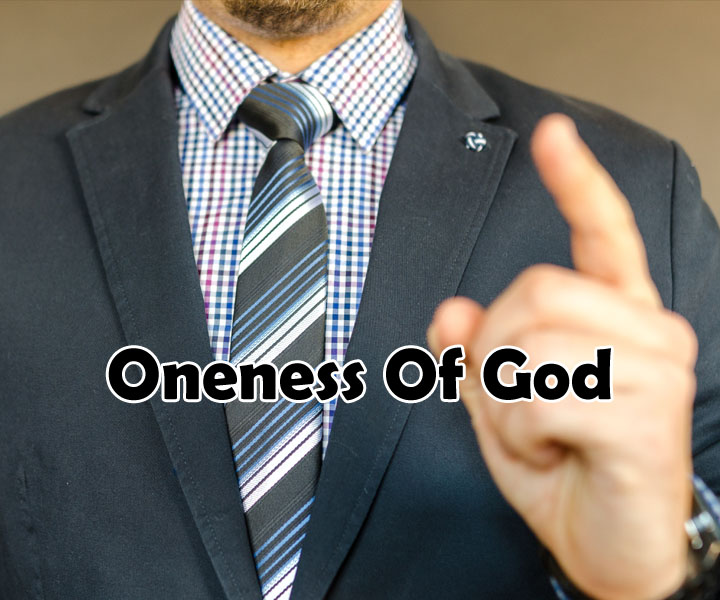 Tawhid means “oneness of God” is the fundamental belief of Islam because it is the central pillar on which all rest of faiths lie. If someone has not firm belief in this first and foremost faith then he will be in loss in the life hereafter because his good deeds will not work without faith on oneness of Allah. Tawhid is the first step towards right direction. We can easily prevent ourselves from evil thoughts and sinful deeds by having strong faith in tawhid because in this way we can only follow Allah’s guidance which is mentioned in Quran and then nothing divert us from our path. Guider is only one; who is the owner of this world; hence, we should not fulfill any of commands other than His.

Is there anyone who is capable to create a single thing which is living? Obviously the answer is no then how we can ignore the oneness of God.

The lord of worlds is the only God of us. It is clearly mentioned in chapter 10 of Quran:

“Surely your Lord is Allah, Who created the heavens and the earth in six periods, and He is firm in power, regulating the affair, there is no intercessor except after His permission; this is Allah, your Lord, therefore serve Him; will you not then mind?” [10:3]

Every single thing present in universe is created by God and He is the only Creator of heavens and the earth. Allah says:

“And if you ask them, Who created the heavens and the earth and made the sun and the moon subservient, they will certainly say, Allah. Whence are they then turned away?” [29:61]

God is the Only Source of Blessings

Who pours rain on us? Who converts a single small seed into giant fruitful tree? Who heals our wounds and reduces our suffering from diseases? Who fulfill our wishes? Who blessed us with beautiful appearance and a healthy body? No one is able to provide us all such things except God; the one who is the only source of blessings.

Quran says about uncountable God’s favors on us that:

"And if you were to count God's favors, you would not be able to number them; most surely God is Forgiving, Merciful." [Quran 16:18]

It is also mentioned in Quran that:

"And whatever good thing you enjoy, it is from God. Then, when misfortune reaches you, you cry out to Him for help." [Quran 16:53]

God is the only one who does not have any relation or any descendant. The presence of God is from very start of this world and no one will be left after the day of resurrection except the one Who has created this world. God is well aware about whatever is going in this world. So, do your assumed idols have any of these qualities which God has?

In chapter 112 of Quran it is mentioned that:

Who has the ability to raise the heavens without any pillars except the oneness of God. Quran mentions that:

“Allah is He Who raised the heavens without any pillars that you see, and He is firm in power and He made the sun and the moon subservient (to you); each one pursues its course to an appointed time; He regulates the affair, making clear the signs that you may be certain of meeting your Lord.” [13:2]

Only God has the ultimate authority on this universe

Who maintains the cycle of day and night? Who controls the flow of sea water in a particular land? Who decides our number of days in this world? Only the creator has the ultimate authority on His creations. Nothing happens in this world against God’s will.

“And if you ask them Who is it that sends down water from the clouds, then gives life to the earth with it after its death, they will certainly say, Allah.” [29:63]

“Say: Do you serve besides Allah that which does not control for you any harm, or any profit?” (5:76)

Everything belong to God and to Him we all will return

Everything present in this world belongs to God; the one who creates those things. Nothing is eternal except God hence, after a particular life span on earth we all will return to our creator; who blessed us with this life.

“And it is Allah who is [the only] deity in the heaven, and on the earth [the only] deity. And He is the Wise, the Knowing. And blessed is He to whom belongs the dominion of the heavens and the earth and whatever is between them and with whom is knowledge of the Hour and to whom you will be returned.” [Quran Surah Zukhruf, 84-85]

Only the lord of worlds deserves worship

Only the creator of this world deserves worship. That is why in Quran it is clearly mentioned that:

The existence of entire universe is just because of God’s will, Allah says in Quran:

“Nay! your Lord is the Lord of the heavens and the earth, Who brought them into existence…” [21:56]

God is the only lord of worlds and it is clearly mentioned in Quran:

“And surely Allah is my Lord and your Lord, therefore serve Him; this is the right path.” (19:36)