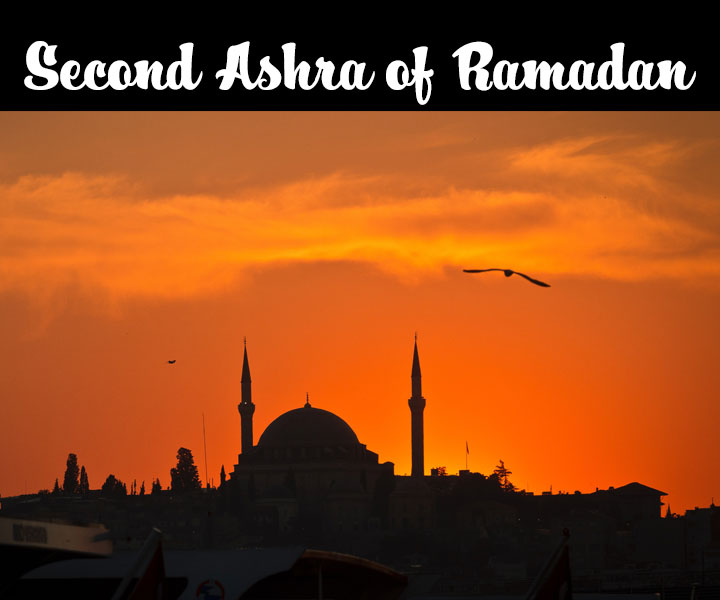 Ramadan is considered by Muslims as the most significant month of the year. When we look at the history of this holy month, we can see that it was during this month that the Holy Quran was revealed. For Muslims, the Holy Quran serves as a source of inspiration for all humanity. Fasting, meditation, giving, dedication, and sacrifice are all part of Ramadan.

Our Prophet Mohammad (P.B.U.H) has said,

“It (Ramadan) is the month, whose beginning is mercy, its middle, forgiveness, and its end, release from the fire of hell.”

The Dua of the second stage (Ashra) is “I ask forgiveness of my sins from Allah who is my Lord and I turn towards Him.”

Islam recognises that making mistakes is a necessary part of life for humans. While Islam recognizes humans' erring existence, it does not grant them a pass when it comes to making errors or sins; instead, Islam urges believers to confess and seek redemption for the sins they commit. Furthermore, this act of asking for forgiveness is not merely a human effort; rather, Allah Almighty responds to such a genuine request for forgiveness by forgiving such an individual.

What Quran and Hadith say about forgiveness?

“Indeed, your Lord knows, [O Muḥammad], that you stand [in prayer] almost two thirds of the night or half of it or a third of it, and [so do] a group of those with you. And Allah determines [the extent of] the night and the day. He has known that you [Muslims] will not be able to do it1 and has turned to you in forgiveness, so recite what is easy [for you] of the Qur’ān. He has known that there will be among you those who are ill and others traveling throughout the land seeking [something] of the bounty of Allah and others fighting for the cause of Allah. So recite what is easy from it and establish prayer and give zakāh and loan Allah a goodly loan. And whatever good you put forward for yourselves - you will find it with Allah. It is better and greater in reward. And seek forgiveness of Allah. Indeed, Allah is Forgiving and Merciful” [73:20].

Prophet Mohammad (P.B.U.H) has said in this regard,

“If anyone constantly seeks pardon (from Allah), Allah will appoint for him a way out of every distress and a relief from every anxiety and will provide sustenance for him from where he expects not” [Abu Dawud].

The second Ashra, or the center of Ramadan, is a time when Allah's (SWT) forgiveness is at its height, and it is the right time to ask Almighty Allah for forgiveness for all of one's sins. After you've completed Tauba, make absolutely sure you don't commit the same sins again. Ask for forgiveness as much as you can, for Allah Almighty values Tauba throughout that time and even all the time and forgive those who seek forgiveness.