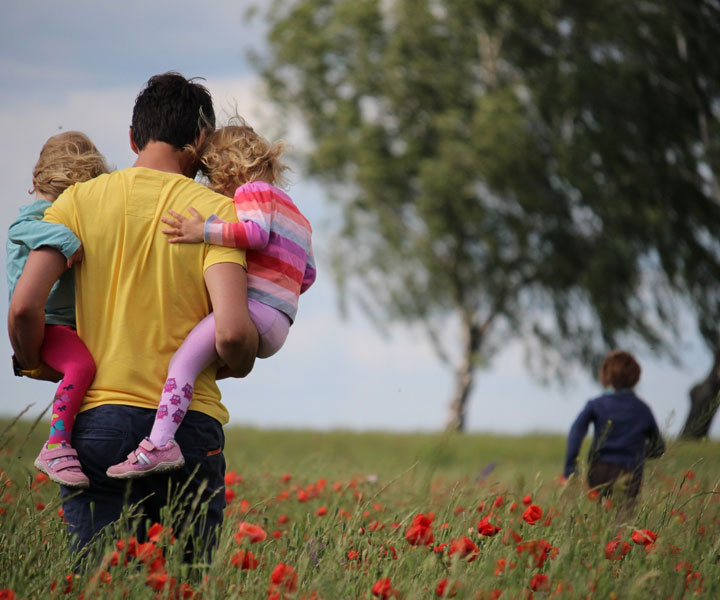 God has created mankind with various emotions and never ending desires, and these are known as human instincts. They include both positive and negative qualities, for example acknowledge truth, express love, show kindness and jealousy, hatred, violence, dejection, respectively.

Mankind is created with Both Positive and Negative Qualities

“And [mention, O Muhammad], when your Lord said to the angels, "Indeed, I will make upon the earth a successive authority." They said, "Will You place upon it one who causes corruption therein and sheds blood, while we declare Your praise and sanctify You?" Allah said, "Indeed, I know that which you do not know.”

This verse indicates that angels already knew about the negative side of human nature. Before the life has started in this world, angels said to God that we are enough for Your praise than why You are creating a world of those people who would be the cause of corruption and bloodshed.

Then God replied that, you do not know about my creatures what I know. It means that God has also blessed humans with certain protective and defensive measures to overcome destructive or harmful instincts.

Humans should prevent themselves against Evil Traps

When there are chances to select the wrong direction or at the time of weakness, we must have to destroy evil traps. Such evil things just want to strike us each and every time in order to distract us from God’s path and they take us towards our real animistic nature. Expression of anger is the part of human nature; it is the manifestation of frustration which may contribute to complications if performed wrongly.

The only difference between wild humans and wild animals is a free will. Animals when get angry, they do whatever they want because of the lack of intelligence they are unable to think or act accordingly, but humans are the creatures who know well about how to control anger and respond in front of others in difficult situations.

“And man was created weak.”

Anger is the Most Dangerous Emotion

Anger is the most divisive emotion among people; it eliminates the moral judgment and leads to anxiety, madness, depression, regret, mistakes, and frustration. In anger, everyone can verbally or physically abuse other people, then it does not matter who is present in front of them whether they are parents, beloved ones, aged people, etc.

Such people even do self-harm or commits suicide during the anger- dejection phase. Our Prophet Mohammad (PBUH) said that no blessing is better and greater than patience.

“Some Ansari persons asked for (something) from Allah’s prophet (PBUH) and he gave them. They again asked him for (something) and he again gave them. And then they asked him and he gave them again till all that was with him finished. And then he said: If I had anything. I would not keep it away from you. (Remember) Whoever abstains from asking others, Allah will make him contented, and whoever tries to make himself self-sufficient, Allah will make him self-sufficient. And whoever remains patient, Allah will make him patient. Nobody can be given a blessing better and greater than patience.”

God sent last Prophet Mohammad (PBUH) in this world, so he could teach human beings positive moral behavior. He advised mankind to suppress anger and always be humble and patient.

All of these verses and hadiths state that anger is indeed the biggest enemy of humans which can lead humans to so many negative paths and anger can trigger them to do evil deeds. There are so many ways to control anger and we humans should look into those possible solutions so that we can control our angers in difficult situations.

Controlling anger is very crucial to have a healthy life because if we would not control our anger then there would be only regrets in our life.