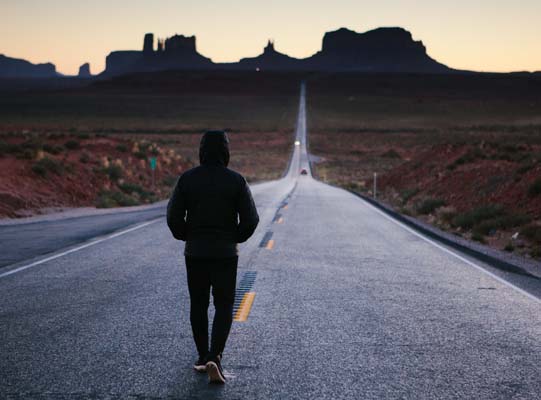 Youth-combined with an air of invulnerability and endurance, is a period of great vivacity and real passion. Youth is a transition from childhood to getting oneself in the world of adulthood and maturity. The meanings of youth differ, as youth are not spatially represented as a period which can be connected to a certain age, nor are the endpoints of youth-related to specific behaviour. Their goals and aims vary, as the predominant character of the young person. Youth is an experience that can shape the degree of dependence of an individual, which can be marked in different ways in terms of cultures. Personal experience is defined by cultural norms or traditions of a person, while dependency on young people implies the imbalance in emotional and economic terms that they still rely on their families. Because youth is the prime time of your life, it is very precious to Allah (S.W.T). Islam takes special care of youth and urges youngsters to make the best use of this valuable period of life.

Profound Tips for Youth in some Prominent Hadiths:

For this purpose, special warnings are given towards youth and glorious results to those who wisely use that strength. A renowned Hadith informs us that no one can move from his position on the judgment day until five questions are answered. While the first question usually challenges one's way of life, the second one focuses in particular at an early age. “How did he spend his life? How did he utilize his youth? How did he earn his wealth? How did he spend it? And, how did he practice what he learned?” [Al-Tirmidhi]

The person who dedicates his youth to devotion for Allah will be of the chosen 7 types of people:

“There are seven people for whom Allah will provide His shade on the day when there will be no shade except His shade:

2. A youth who grew up in the worship of Allah.

3. A man whose heart is attached to the mosque.

4. Two men who love each other for Allah’s sake; they meet for the sake of Allah and part company for His sake.

5. A man who is invited by a woman of beauty and position, but he refuses saying: ‘I fear Allah.’

6. A man who gives in charity secretly such that his left-hand does not know what his right hand gives.

7. A man, whose eyes shed tears as he remembers Allah in private.” [Bukhari, Muslim].

“Youth before old age, health before sickness, wealth before poverty, free time before preoccupation, and life before death.” [Narrated by Ibn Abbas and reported by Al-Hakim]

A Fast Car is Hazardous:

If a car has no solid controls, the same way when there is no strictness or proper guidance it is easy for Satan to loosen the reins and target the vulnerable ones. It is his time playing tricks to try and make desires seem impossible to resist. The deviation route looks cool and you want to dwell in it forever. The only thing is that it contributes to a tenacious catastrophe. Often, people provide a justification for rudeness and rebellion as the term Generation Gap. The idea is to build an intergenerational chisel that would make it acceptable for a young man to be indifferent to any wise counsel of close and well-desired elders. It shows us that today's youth have a special challenge ready to be faced. Although younger temptations are always potent, the problem today is intensified by huge efforts to stun the young, particularly the Muslim youth of the Western world, at all levels, even intellectually and philosophically. “And when you have withdrawn from them and that which they worship other than Allah, retreat to the cave. Your Lord will spread out for you His mercy and will prepare for you from your affair facility.” [Quran 18:16]

“There is no justification in the Quran for the denial of justice among young people. And if you fear that you will not deal justly with the orphan girls, then marry those that please you of (other) women, two or three or four. But if you fear that you will not be just, then (marry only) one or those your right hand possesses. That is more suitable that you may not incline (to injustice)”. [Quran, 4:3]

“. . . And do not compel your slave girls to prostitution, if they desire chastity, to seek [thereby] the temporary interests of worldly life. And if someone should compel them, then indeed, Allah is [to them], after their compulsion, Forgiving and Merciful”. [Quran, 24:33]

“And as for the wall, it belonged to two orphan boys in the city, and there was beneath it a treasure for them, and their father had been righteous. So your Lord intended that they reach maturity and extract their treasure, as a mercy from your Lord . . .” [Quran, 18:82]

Intellectual Courage in the Face of Oppression Means Youth:

Without having to be so rigid as to live in the traditions and convictions of our families and societies, we are more open to new ideas and insights. We are prepared to do new things in our youth.

“But no one believed Moses, except [some] youths among his people, for fear of Pharaoh and his establishment that they would persecute them . . .” [Quran, 10:83]

Youth is a Time to Evaluate and Learn Spirituality:

We often desire closer contact with Allah (S.W.T) and take guidance before the responsibilities of family and work begin to undermine. Sometimes we are ready to withdraw from the world in our expedition.

“[Mention] when the youths retreated to the cave and said, ‘Our Lord, grant us from Yourself mercy and prepare for us from our affair right guidance.’” [Quran, 18:10]

Youth plays a special role in the Ummah, and the young age provides incomparable prospects for a commitment and successful life. Say Alhamdulillah, if you are a young person, and get all the divine potential preceding you! When you are older, you will be mindful of the inherent right to justice and truth to help and develop young people in their lives.