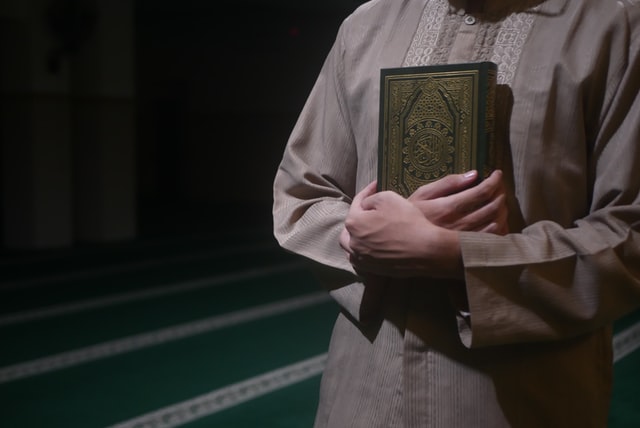 Use of Quran in Legal Thinking

The Use of the Holy Quran in legal thinking

The Holy Quran covers every aspect of human life (a complete and a perfect law). The Holy Quran contains the most comprehensive divine instructions mainly to provide guidance to all mankind till the day of resurrection. It enables mankind to distinguish between truth and falsehood and to acquire the spiritual prosperity in this life as well as in the life hereafter.

Allah says in the Quran in Surah Al-Araf, verse 52:

“And certainty We have bestowed upon them a Book, which we have enriched with great knowledge, a guidance and mercy for the people who believe” [7:52].

The Holy Quran is the primary source of Islamic jurisprudence

The Holy Quran, being the primary source of Islamic jurisprudence, has enunciated the basic principles according to which the Islamic laws governing all aspects of human morality are established.

The Holy Quran, as it is the direct revelation from Allah, is also the first source of Islamic laws. Hence, it is natural that whenever legal experts decide to know any Sharia law, they seek it in the Holy Quran first. In other words, it is the 1st and the primary medium through which we get to the Shariah laws.

The Holy Quran is also an authority for the authenticity of Sunnah, Ijma and Qiyas-the other three sources of Shariah laws.

Commandments of worship about Hajj

The Holy Quran outlines the commandments about worship and sometimes describes its performance, such as pilgrimage. As Allah says in Surah Al-Imran:

“Pilgrimage thereto is a duty men owe to Allah,-those who can afford the journey” [3:97].

“O you who have believed, when you rise to [perform] prayer, wash your faces and your forearms to the elbows and wipe over your heads and wash your feet to the ankles. And if you are in a state of janabah, then purify yourselves. But if you are ill or on a journey or one of you comes from the place of relieving himself or you have contacted women and do not find water, then seek clean earth and wipe over your faces and hands with it. Allah does not intend to make difficulty for you, but He intends to purify you and complete His favor upon you that you may be grateful” [5:6].

The Holy Quran also gives details of the laws governing affairs of people, such as financial affairs, as Allah has mentioned in Surah Al-Baqarah:

“We set down in [the Torah] for them: ‘Life for Life, eye for eye, nose for nose, tooth for tooth and wounds equal for equal ’. But if anyone remits the retaliation by way of charity, it is an act of atonement for himself” [5:45].

The Holy Quran also elaborates judicial laws such as giving witness, verdict, evidence and promise. Following verses are explaining this:

“O you who believe, be upholders of justice - witnesses for Allah, even though against (the interest of) your selves or the parents, and the kinsmen. One may be rich or poor, Allah is better caretaker of both. So do not follow desires, lest you should swerve. If you twist or avoid (the evidence), then, Allah is all-aware of what you do” [4:135].

Besides, the Holy Quran also describes the system of government that is nature of relations of the ruler and masses and their rights and responsibilities; financial affairs of other Muslim state with other states that is about limits and nature of the relations in war and peace, and the asylum seekers, etc.

How the Rules and Principles help in establishing Shariah laws?

The study of the Holy Quran shows that the detail of all commandments is not included in it. It is mostly deals with rules and Principles, which help in establishing Sharia law. These principles state debt law should be formulated with mutual consultation of jurists and it should be on justice.

The punishment must not be either greater or lesser than the crime. The duties and the responsibilities after the treaties and contracts must be fulfilled, the Sharia laws must not be harsh or difficult to follow and extreme necessity makes unlawful things lawful, but only in life threatening circumstances like extreme hunger.

Beside these principles, some of the laws have been briefly mentioned in the Holy Quran, such as laws for Zakat, retaliation and regarding sale and purchase, and interest.

There are few detailed laws as well. They include the law of inheritance and some of the punishments of Hudud, etc.

The Holy Quran is the final authority for all Muslims, and the laws described in it are final. Legal experts frequently refer to these when they set out the best way of life for their people.