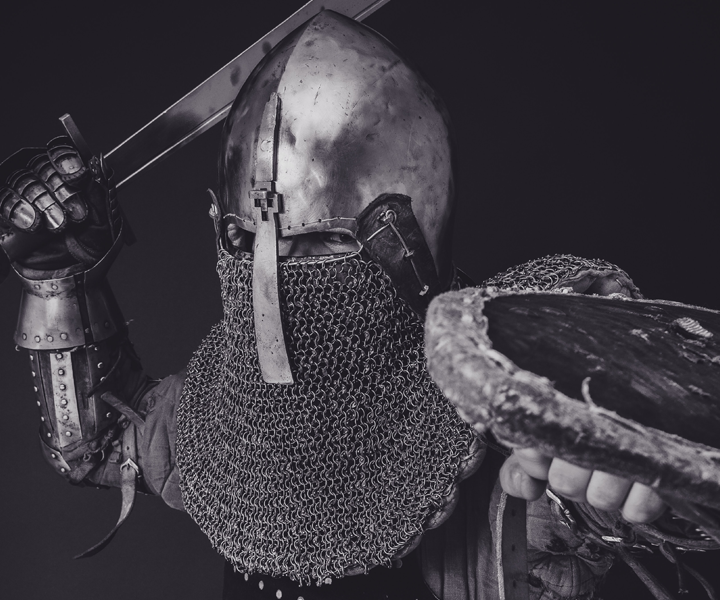 The word Jihad is comes from "Jihad". Jihad is an Arabic word that means effort, hard work, and extreme effort. Jihad is different from other wars and fights. In Islamic terms, the supremacy of the religion, the defense of the Islamic nation, and the protection and propagation of the religion, all kinds of efforts, sacrifices of health and wealth in the name of Allah.

In its broadest sense, jihad refers to the obligation of all Muslims, individuals, and communities, to follow and fulfill the will of ALLAH: to lead a good life and to extend the Muslim community through preaching, education, example, writing, etc.

Jihad includes the right, and obligation, to protect Muslims and the community from attack. Throughout history, the call to jihad has revived Muslims in defense of Islam.

The Quran and Jihad:

The first verses of the Holy Quran about the right to join the defensive "jihad", or struggle, was revealed shortly after the hijra (emigration) of Hazrat Muhammad (S.A.W.W) and his followers in Medina to escape their persecution in Mecca. At a time when they were forced to fight for their lives, ALLAH Almighty said in the Holy Quran:

Those who have believed and have emigrated and have consistently toiled hard in the cause of Allah with their material and human resources enjoy a very high rank in the presence of Allah, and it is they who have achieved the ultimate goal. Their Lord gives them glad tidings of mercy from Him and of (His) pleasure and of (those) Gardens for them in which there are eternal delights; ( Surah E Tauba: 20 & 21)

ALLAH Pak ordered us to fight for our rights and emphasis all mankind. ALLAH said in the Holy Quran:

O believers! Persist in kneeling down and prostrating yourselves and worshipping your Lord, and do (other) pious deeds consistently so that you may prosper. And strive hard in the way of Allah (for the elimination of oppression, and the establishment of peace and human dignity,) such a striving as is due to Him. He has chosen you and has not laid upon you any hardship or constriction (in the matter of) Din (Religion). This is the Din (Religion) of your father Ibrahim (Abraham). He (Allah) has named you Muslims in the previous (Books) as well as in this (Holy Qur'an) so that this (final) Messenger may be a witness over you and you be witnesses over mankind. So, (to sustain this status) establish the Prayer, pay Zakat (the Alms-due, i.e., mandatory charity) and hold fast to (the embrace of) Allah. He (alone) is your Helper (i.e., Patron). So what an excellent Patron and what an excellent Helper is He! (Surah Al Hajj: 77 &78)

Jihad bin nafs is the greatest in all types of jihad. Because it is jihad with our own self., it’s difficult to fight with own self because it is human nature to be a self-lover.

Jihad bil Saif is fought with the help of sword in war.

This jihad is on the basis of knowledge. We can win any fight with the help of our knowledge. Knowledge is power.

Those of them who are not able to do any kind of jihad should offer prayers and supplicate so that they too can join the jihad.