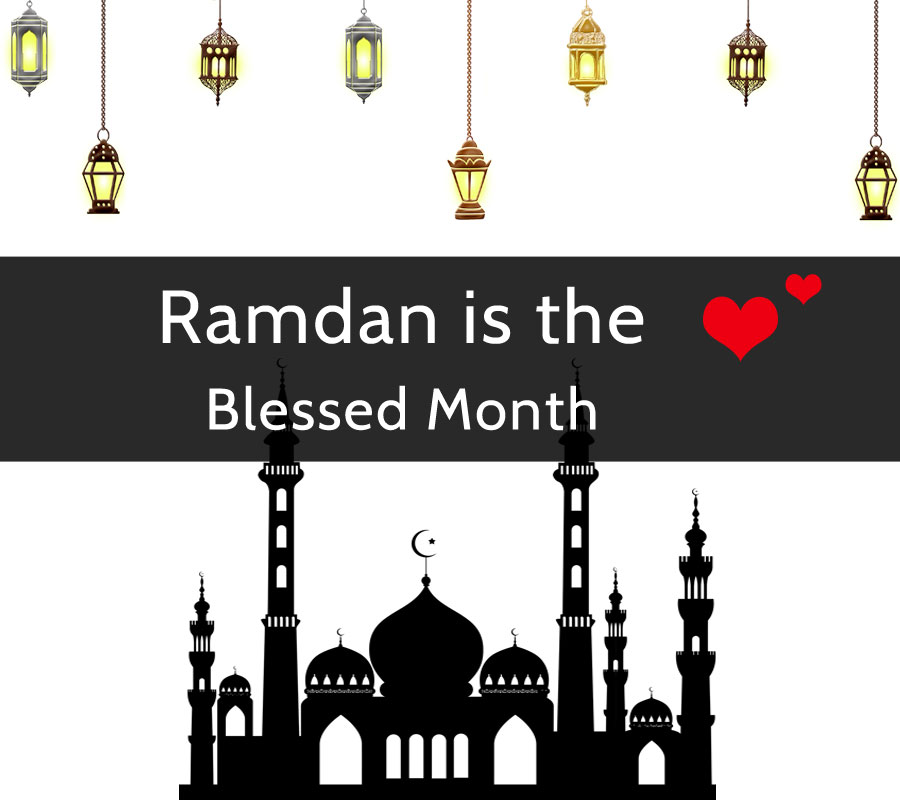 Ramadan is the Blessed Month

Ramadan is the third pillar of Islam and ninth month of Islamic calendar. Muslims all over the world starts to fast from the very first day of Ramadan from dawn to dusk. The month of Ramadan is regarded as the month of sanctification and God pours lots of blessings on mankind in this holy month.

Quran is Revealed in the Month of Ramadan

Quran is the biggest gift for humanity because it directs us towards right path and we can easily get success in the light of its teachings, it also benefits us not only in this world but the life hereafter also. Quran; the book of guidance is revealed in Ramadan, hence; it confirms that it is the month of blessings.

"The month of Ramadan (is the month) in which the Qur’an has been sent down as guidance for mankind containing clear signs which lead (to the straight road) and distinguishing (the truth from falsehood).." [2:185]

In another verse it is also mentioned that:

God says the holy book Quran is sent down on earth in one of nights of Ramadan and that night is very blissful and then every matter of ordainment is declared by God in the form of Quran.

It is stated in Quran that:

“We sent it (this Qur'an) down on a blessed Night. Verily, We are ever warning (mankind of Our Torment). Therein (that Night) is decreed every matter of ordainment. Amran (i.e. a command or this Qur'an or His Decree of every matter) from Us. Verily, We are ever sending (the Messenger), as a Mercy from your Lord. Verily! He is the All-Hearer, the All-Knower." [44: 3-6]

How we can Learn Piety and Righteousness?

The reason behind fasting is to learn piety (taqwa), so we could spend rest of months by doing good deeds and know how to avoid evil thoughts and acts from our life.

God encourages us by saying that those who are best in taqwa are included in the most dignified people.

Ramadan is a Big Opportunity to Escape from Hell

According to Hadith God has closed the door of Hell in Ramadan and devils are also chained; hence, people can get an open opportunity to do good and moral deeds. Our Prophet Mohammad (PBUH) said that:

"When the month of Ramadan starts, the gates of the heaven are opened and the gates of Hell are closed and the devils are chained." [Sahih al-Bukhari]

How to Purify Souls From Sins?

Ramadan is the month, which purifies our souls from sins through fasting and sincere faith on God. It is mentioned in Sahih al-Bukhari that:

Narrated Abu Huraira(RA): The Messenger of Allah (PBUH) said:"... whoever fasts during Ramadan out of sincere faith and hoping to attain Allah's rewards, then all his past sins will be forgiven." [Sahih al-Bukhari]

God specifies a gate to Paradise in the Day of Resurrection for those who fast in Ramadan in with proper ways told by Islam. Sahl ibn Sa'd reported that the last prophet of Allah (PBUH) said:

"There is a gate to Paradise that is called Ar-Rayyan. On the Day of Resurrection it will say: 'Where are those who fasted?' When the last [one] has passed through the gate, it will be locked." [Sahih al-Bukhari and Muslim]

It is also mentioned in Sahih al-bukhari that:

Fasting means that a person leaves food and all desires just for the sake of God that is why God is declared that as this is for Me, so I will definitely give recompense for it. Our Prophet Mohammad (PBUH) once said:

“Every action of the son of Adam is given manifold reward, each good deed receiving then times it’s like, up to seven hundred times. Allah the Most High said, 'Except for fasting, for it is for Me and I will give recompense for it, he leaves off his desires and his food for Me.' for the fasting person there are two times of joy; a time when he breaks his fast and a time of joy when he meets his Lord, and the smell coming from the mouth of the fasting person is better with Allah than the smell of musk." [Sahih al-Bukhari]