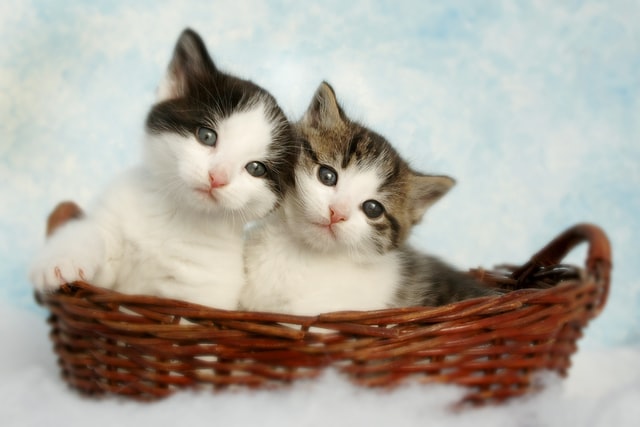 Position of Cats in Islam

What position cats have in Islam?

Cats are revered as beautiful animals in Islam. They are valued for their cleanliness. They are permitted to enter houses and mosques because they are regarded to be ritually pure. As per genuine accounts, ablution for prayer can be made (if needed) with the same water which a cat has drunk from.

Prophet Mohammad (P.B.U.H) says in this regard:

“It was narrated from Kabshah bint Ka'b, who was married to one of the sons of Ab Qatadah, that: She poured water for Abu Qatadah to perform ablution. A cat came and drank the water, and he tilted the vessel for it. She started looking at it (in surprise) and he said: O daughter of my brother, do you find it strange? The Messenger of Allah said: 'They (cats) are not impure, they are of those who go around among you.” [The Book of Purification and Its Sunnah; Sunan Ibn Majah; Hadith 367]

Who was called as the Father of Cat?

Cats have been respected in Muslim culture for generations. Because of affection for cats, one among Prophet Muhammad's companions has been called as Abu Hurairah (Father of the Cats). Muhammad (P.B.U.H), according to several hadith, forbade the persecution and killing of cats.

The following Hadith explains that why Abu Huraira is called as the father of cat:

Abdullah ibn Rafi’ reported: I said to Abu Huraira, may Allah be pleased with him, “Why were you nicknamed Abu Huraira?” Abu Huraira said, “I would tend to the sheep of my people and I had a small kitten. I used to place it in a tree at night and during the day I would take it and play with it. So they nicknamed me Abu Huraira, ‘father of the kitten” [Sunan al-Tirmidhī 3840].

Do Cats Invalidate the Prayers?

It is proved from Islam that cats are pure animals and they do not invalidate the prayers. This statement is supported by the following hadith:

“It was narrated from Abu Hurairah that: The Messenger of Allah said: Cats do not invalidate the prayer, because they are one of the things that are useful in the house”. [The Book of Purification and Its Sunnah; Sunan Ibn Majah; Hadith 369]

What was the name of Prophet Mohammad’s (P.B.U.H) cat?

The name of the Mohammad’s (P.B.U.H) cat is Muezza. Muezza means “to care about others, one who comforts”. The most popular and oldest of the Turkish Angora breeds may be traced back to Islam's leader, Prophet Muhammad (P.B.U.H). This cat has silky all-white hair that is either medium or lengthy.

Story of Prophet Mohammad (P.B.U.H) and his Favorite Cat

The Prophet, like most of us, also had a favourite cat. Muezza was the name of that cat, and the two of them have a well-known story. Muezza was sleeping on one of the Prophet Mohammad's (P.B.U.H) robes one time when the call to prayer has been heard. Instead of disturbing Muezza's sleep, the Prophet (P.B.U.H) cut off a section of his sleeve and left him alone to sleep. Throughout his life, the Prophet (P.B.U.H) was known to show a great deal of concern for Muezza.

Rules for owning a Cat

If a person wants to keep a cat then he or she must aware of that the person should not hurt a cat at any cost and take care of cat’s sleep, food, water, and freedom of roaming time. Mistreatment with cats is considered a major sin in Islam because of how adored and loved cats are in Islam.

Al-Bukhari has a hadith of a woman who has locked up her cat, and did not give anything to feed the cat. The Prophet said that “her punishment on the Day of Judgement will be torture and Hell.”

The following Hadith clearly explains the punishment of such people who deliberately hurt cats:

Narrated Asma' bint Abi Bakr: “The Prophet prayed the eclipse prayer, and then said, "Hell was displayed so close that I said, 'O my Lord ! Am I going to be one of its inhabitants?"' Suddenly he saw a woman. I think he said, who was being scratched by a cat. He said, "What is wrong with her?" He was told, "She had imprisoned it (i.e. the cat) till it died of hunger." [Sahih Al-Bukhari; Book #40, Hadith #552]

Thus, all of the above Hadith states that it is encouraged to own a cat and place at your home because cat is the most pure animal that is pure from najasat (uncleanliness). The cats comforts and bring peace at home, this is why cats are even allowed to come at mosques. However, it should be keep in mind that cats should not be hurt by the owner in any way and cats must be kept in the good environment where they are given enough food and water, a good place to sleep, and a freedom to roam.