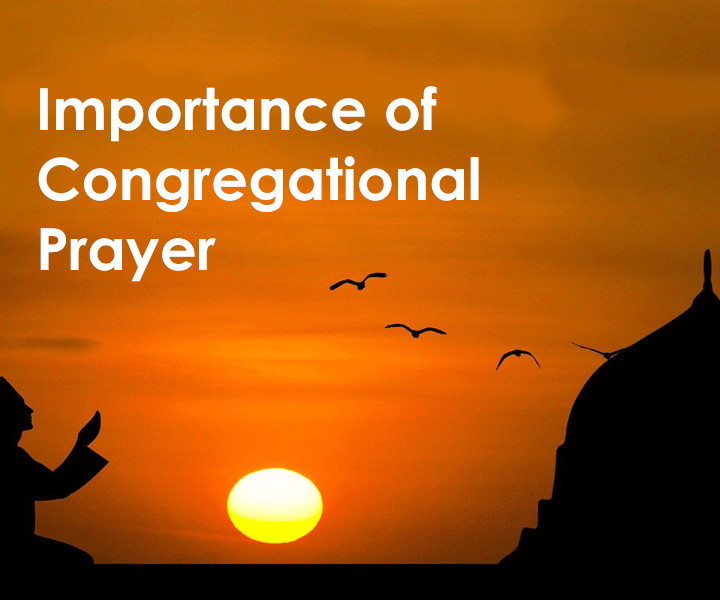 What is Congregational Prayer?

There are several benefits of congregational prayer. The Quran and the hadith repetitively instruct Muslims to establish prayers in congregation for example the Quran at many places commands to bow and worship the one and Only God. As the following verse of Surah Al-Baqarah states that:

“And establish regular prayer and pay charity tax and bow your heads with those who bow” [2: 43]

This verse stresses on the need of congregational by using the expression “with those who bow”. Wisdom behind such command is very clear. Believers will be trained to get punctual and disciplined when they know that they have to rush to the mosque at fixed times. This is how Muslims would also be able to learn the time management skills and the discipline.

What Quran says about the Time management?

Islam is the perfect religion which teaches people the great discipline, the time management, the unity, the rules to follow and Islam teaches people to perform things in the great respect and limitations. These all things are indeed the signs of being human. Humans are blessed with brain and awareness which should be used to follow the discipline to create a balanced and healthy lifestyle.

The Quran for this reason declares in the following verse of Surah Al-Nisa that:

“For verily regular prayers are enjoined on believers at stated (fixed) times” [4:103]

During congregation all social, economic, and racial barriers are removed as believers stand equal before their lord who neither need any worship nor is concerned about their appearances or background. A hadith of the prophet conveys this message in following words:

“God does not regard your appearances and your possessions but he regards your hearts and your actions”. This way the believers are trained to shun any racial and social prejudices and treat each other as brothers thus acting on this saying of the prophet. “O! you servants of God! Be brothers”

Why Equality is Important?

Because equality and non-biasness promotes mutual love and fraternity among believers as they stand together regularly five times a day. With that in mind, a believer schedules his activities and routine according to the schedule of daily prayers.

Moreover, since mosque is the focus point of the Muslim community, various matters and problem related to the local community can be discussed and highlighted in the mosque by way of the congregational prayer. Special congregational prayers such as Friday and Eid prayers are more important as they attract even greater number of believers to the mosque. Friday sermon not only refreshes knowledge of the Quran and hadith, it is also a source of highlighting the communal issues and drawing the attention of believers to such issues. That is why the quran allows believers to get busy in their daily routine after the Friday prayer.

The Quran says in the following verse of Surah Jummah that:

“And when the prayer (on Friday) is finished, then you may disperse through the land and seek of the bounty of God” [62:10].

Similarly, the Tarawih prayers in Ramadan have many benefits. They provide a good opportunity to revise the learning of the holy Quran to those who have memorised the holy Quran. They also impart patience and endurance to the believers to withstand hardships of Ramadan. Likewise the Eid prayers enable Muslims to share the joys of these annual festivals. Feelings of belonging to the same community are strengthened through large scale gatherings throughout the Muslim world. Exchange of Eid greetings brings the believer further close to each other.