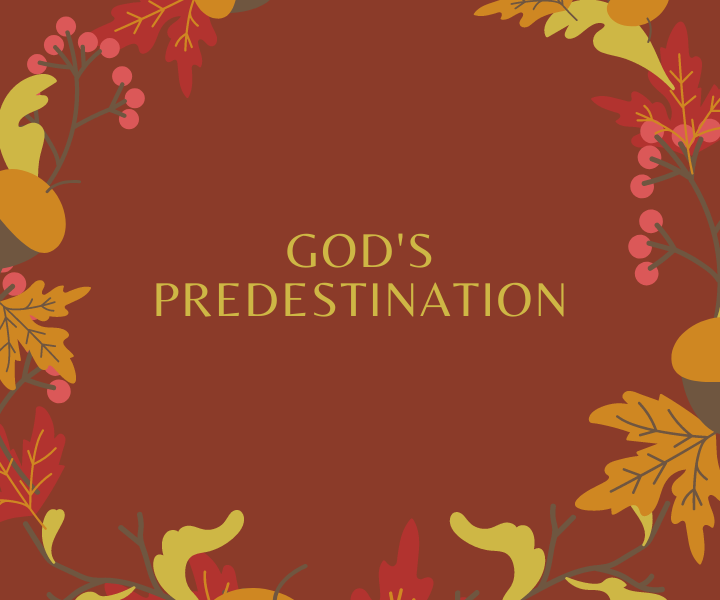 What is meant by God's predestination?

Belief in God’s predestination or Al-Qadr or Taqdir is one of the fundamental articles of faith. Muslims believe that everything in the universe and all the events that take place are pre-ordained by Allah, by believing in predestination, Muslims mean that Allah is absolute controller of all affairs of the universe. It is He Who decides what is good and what is bad.

“say: nothing shall ever happen to us except what Allah has ordained for us. He is our Protector, and the believers should keep trust in Allah alone” [9:51].

Does predestination contradict free will?

The fact that Allah knows what the person is going to do, does not affect the freedom of will. The freedom of action does not clash with the fore-knowledge of Allah. Man has the free will to choose the course he will take (i.e right or wrong). He will be judged on the basis of intentions on the Day of Judgment.

If a person follows Allah’s guidance, he will be rewarded and if not, he will be punished. Allah says in the Book of Guidance “Quran”:

The first principle which Islam lays down in regard to Taqdir

The principle which Islam lays down in regard to destiny is that man is neither completely the master of his fate nor is he bound to the blind law of predestination. Man is thus, partly free and partly subject to deterministic forces. This, however, does not afflict accountability in the hereafter.

He would be accountable only for acts that he intended to do out of his free will. The virtuous deeds he could not performed due to his limitations, he would not be asked about.

Man is free to Choose Heaven or Hell

Man is therefore free to win heaven or hell. He can determine his own destiny. He cannot complain that he is helpless in the face of brutal deterministic and accidental forces of the world. He has been shown both paths, of virtue and vice, of truth and falsehood. He has been given complete freedom of choice between the two. He has to exercise this freedom in a careful, responsible and thoughtful manner.

“If Allah had willed He would have made you one nation. But he leads astray whom He wills. But you shall certainly be called to account for all your actions” [16:93].

The True Concept of Predestination in Islam

The concept of predestination in Islam does not in a way mean helpless compulsion to an otherwise unwelcome fate or a message of despair. It is rather a source of solace, comfort and inspiration, and a powerful means of evoking a sense of pity and humility and self-surrenders to the will of God. It does not inculcate in man a frustration, making his life dark and dreary, but it teaches him to put his heart and soul in the sublime work as assigned to him by his master – the Allah.