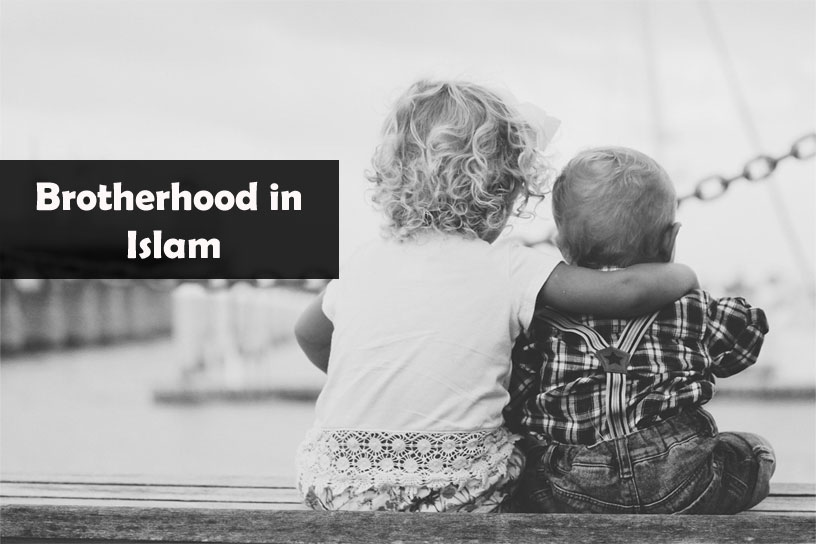 The Brotherhood's "most frequently used slogan" (according to the BBC) is "Islam is the Solution" (الإسلام هو الحل). According to academic Khalil Yusuf, its motto "was traditionally" "Believers are but Brothers."

Meaning of Brotherhood in Islam

Brotherhood in sharia is a holistic term focused on good character towards one another, treating those around way we would like to be treated, and uniting shared values together. It has three levels: faith, family, and mankind. Each of these levels has a collection of rights and obligations that a Muslim and others must maintain.

The sense of culture, fellowship, and common intent in Islam for the sake of Allah is the highest degree of brotherhood. The believers function together at this stage to fulfill the aims of faith and to carry out its spiritual ideals. Allah says in Surah Al-Hujurat, verse 10:

“The believers are but brothers, so make settlement between your brothers. And fear Allah that you may receive mercy” [49:10].

Allah has said in Quran about the unity among Muslims so that peace and love can be maintained among people and in this world. Allah says in Quran in surah Ali-Imran, verse 103:

“And hold firmly to the rope of Allah all together and do not become divided. And remember the favor of Allah upon you - when you were enemies and He brought your hearts together and you became, by His favor, brothers. And you were on the edge of a pit of the Fire, and He saved you from it. Thus, does Allah make clear to you His verses that you may be guided?” [3: 103]

What Quran says about brotherhood?

Islam proclaims to be for the universal brotherhood of man. Allah says in Quran in Surah Ali-Imran, verse 104:

“And let there be [arising] from you a nation inviting to [all that is] good, enjoining what is right and forbidding what is wrong, and those will be the successful” [3:104].

What Hadith say about Brotherhood?

Anas ibn Malik reported: The Messenger of Allah, peace and blessings be upon him, said:

Brotherhood but peace with faith is important

While we use the expression "brotherhood” and what we all imply is a fellowship founded on faith that encompasses both men and women in religion as brothers and sisters.

“The believing men and believing women are allies of one another. They enjoin what is right and forbid what is wrong and establish prayer and give zakah and obey Allah and His Messenger. Those - Allah will have mercy upon them. Indeed, Allah is Exalted in Might and Wise” [9:71].

Most significantly, for all of those who have belief, including the virtuous ancestors of Islam, many who persisted in the previous prophets and the general mass of practitioners throughout history, this degree of brotherhood includes purifying the core of all hostility, hate, and malice.