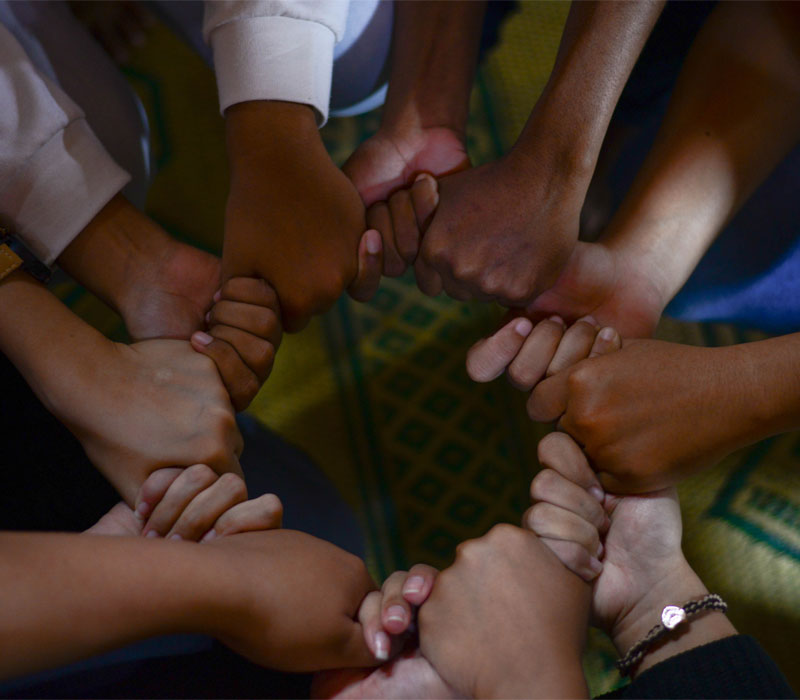 Islam is a spiritual system of worship, belief and guidelines of actions that allows human beings to come closer to God and give rise a peaceful existence. But in a religion if we want to fulfill needs of humanity then we must exceed from geographical, cultural, racial limits and think about at universal level. This is done by Islam and the holy book Quran starts from the verse:

“All praise belongs to Allah, Lord of all worlds.”

This verse teaches us about the unified view of humanity. The ideology of Islam is not limited to any particular group of human race, but it includes human beings of entire world.

Allah sent His messenger and His guidance for all mankind. It is clearly mentioned in Qur’an:

“Say; ‘O mankind! truly 1 am a Messenger to you all from Allah to Whom belongs the Kingdom of the heavens and the earth. There is no God, but He. He gives life and He causes death…”

The arrival of our last prophet Muhammad (PBUH) and the revelation of Qur’an is stated in surah Al-Anbiya as:

“a mercy for all peoples.”

God admires unity and brotherhood, advices mankind to hold the rope of God and never divide into groups. Allah says in Surah Al-Imran:

“And hold fast, all together, by the rope of Allah and be not divided; and remember the favour of Allah which He bestowed upon you when you were enemies and He united your hearts in love, so that by His grace you became as brothers; and you were on the brink of a pit off re and He saved you from it. Thus does Allah explain to you His commandments that you may be guided.””

Islam acknowledges that the principle by which we should evaluate each other must be the same as God advices us, and that does not depend on standard, colour, cast, wealth but it should be based on righteousness and purity of character. Because, if we judge one another on variable factors then it is not possible to unite at one platform.

It is mentioned in Qur’an:

“O, mankind, We have created you from a male and a female; and We have made you into tribes and sub-tribes that you may recognise one another. Verily, the most honourable among you, in the sight of Allah, is he who is most righteous among you Surely Allah is All-Knowing, All-Aware.”

Islam sees no difference or advantage, whether owing to cast obtain from family, colour, financial status. Rather, it directs humanity towards great unity and encourages us to gain the pleasure and blessings of God through the justice and beneficence through our actions towards one another.

One Direction for Worship indicates the unity of Mankind

Allah is every where around us, Muslims do not need a particular direction (qiblah) for the worship, but instead of that God mentioned in Qur’an same direction for all five prayers. And this direction of worship changed twice because Allah wants to prove us that praying in same direction does not indicate that God is present there but it shows that how much God loves to see His human beings obeying God even during Worship.

“And thus we have made you a just community that you will be witnesses over the people and the Messenger will be a witness over you. And We did not make the qiblah which you used to face except that We might make evident who would follow the Messenger from who would turn back on his heels. And indeed, it is difficult except for those whom Allah has guided. And never would Allah have caused you to lose your faith. Indeed Allah is, to the people, Kind and Merciful.”