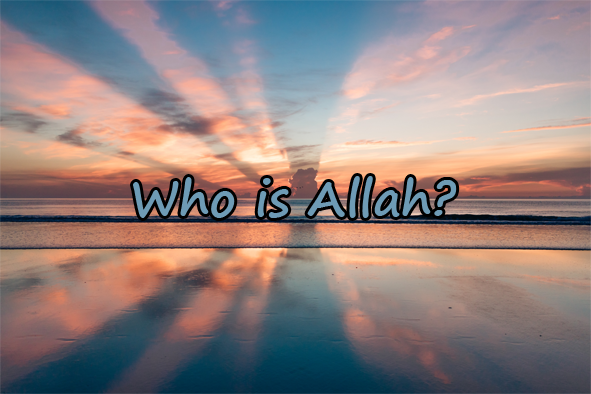 Allah is the only one and no one is in share with Him. He does not die neither He has born. There are numerous definitions of God but the absolute truth is one that is Allah is one. Surah Ikhlas clearly defines that who Allah is and why He is worthy to worship.

Quran says in this beautiful small chapter that there is no entity in this Universe which is equal to Him, but He is the Creator of this entire universe and so there is no reason to not worship Him. Rather no matter how much efforts we do to thank Him for the blessings He has given to us, still we cannot even able to thank Him for a single favor. In Surah Rehman Allah has defined the most beautiful things He has blessed the Universe with and He has asked multiple times in that particular chapter of Quran that,

Non-Muslims often ask the believers that who Allah is. Why we Muslims believe on Allah? If there is some entity who is the Creator then why we humans are not able to see Him? The most important thing is to feel rather than see. All beautiful things in this world can be felt unlike the all common things which can be seen. Similarly, we cannot see Allah but He is closer to us just like the jugular veins in our body. Allah says in Quran in Surah Qaf, verse 16:

“And We have already created man and know what his soul whispers to him, and We are closer to him than [his] jugular vein” [50:16].

Allah says in the above verse that He is as closer to His humans as the jugular veins and He knows what is expressed and what is in the hearts. A human or any common creature of this planet cannot be all knowing like the Allah is, and therefore He is different and not visible to humans. Allah says in Quran that He is able to see everyone, he is aware of the every single situation no matter going at which part of the world, but no one can see Him. It is mentioned in Surah Al-Anam, verse 103:

“Vision perceives Him not, but He perceives [all] vision; and He is the Subtle, the Acquainted” [6:103]