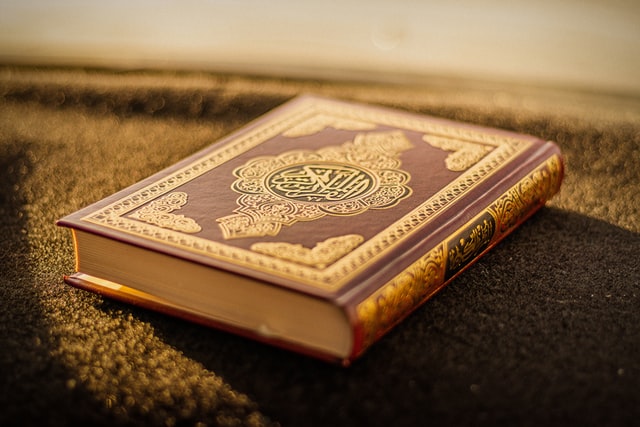 What Quran says about other Divine Scriptures

Believe in prophets and Holy books

Muslims believe that the messengers are the sinless servant of Allah who have been sent in different ages to purge the evil brought by the Human beings with the help of divine guidance. They were given the messages of Allah in the form of revelation through angel Jibrael.

Holy Quran says in this regard:

“It is not fitting for a man that Allah should speak to him except by inspiration or from behind a veil or by the sending of a Messenger to reveal with Allah's permission what Allah wills, for He is Most High Most Wise” [al-Shura, 51].

All of the holy books have nothing but the reality of their era. All of these books call everyone to worship Allah and instruct them that, He is the Creator, Proprietor, and Owner of both this universe and the Hereafter.

Allah Himself says in the Holy Quran:

“Indeed We have sent Our Messengers with clear proofs, and revealed with them the Scripture and the Balance (justice) that mankind may keep up justice.” [Quran, 57:25]

This is the scripture sent down by Allah on Prophet Musa (AS). The Tawrat usually specifies the “Law” in the Holy Quran. Today most of us relate the Tawrat with the Torah of Jewish faith, or the Old Testament of the Christian faith. The original content of this holy book has been lost.

It is also mentioned in the Holy Quran where Allah (SWT) says:

“Verily, We did send down the Torah [to Musa], therein was guidance and light, by which the Prophets, who submitted themselves to Allah’s Will, judged the Jews. And the rabbis and the priests [too judged the Jews by the Torah after those Prophets] for to them was entrusted the protection of Allah’s Book, and they were witnesses thereto. Therefore fear not men but fear Me (O Jews) and sell not My Verses for a miserable price. And whosoever does not judge by what Allah has revealed, such are the disbelievers” [Quran, 5:44].

The real message of the book Zabur is still preserved in Quran because the Prophet Dawud (AS) preached Tawheed. In Holy Quran Allah Almighty says:

Injeel was revealed on Prophet Eesa (R.A), it is also called as Gospel Book, or it is just translated as “The Gospel”.

Just Like the Tawrat, most of the people make the mistake of stating that Injeel is the new testimonial of the Bible. The original text of this book is not available.

“…and My mercy encompasses all things; so I will ordain it (specially) for those who are pious and give Zakah (Obligatory Charity), and those who believe in Our Ayahs. Those who follow the unlettered Prophet, whom they find written down with them in the Torah and the Injeel (who) enjoins them good and forbids them evil, and makes lawful to them the good things and makes unlawful to them impure things, and removes from them their burden and the shackles which were upon them; so (as for) those who believe in him and honor him and help him, and follow the light which has been sent down with him, these it is that are the successful.” [Quran, 7:156].

This is the fourth book of almighty Allah that was revealed on Prophet Muhammad (P.B.U.H). This is the only book that is available with its original content because Allah has taken the responsibility to protect each and every word of the Holy Quran.

“[It is] He Who has sent down the Book (the Quran) to you (Muhammad (PBUH)) with truth, confirming what came before it. And he sent down the Torah and the Injeel. Aforetime, as a guidance to mankind, And He sent down the Furqaan (The Criterion) [of judgment between right and wrong (this Quran).” [Quran, 3:3-4].

How the belief in prophets influences the daily living of a Muslim.

Prophets are important for us because they are the role model for us in all the matter of life. They taught us how to behave with children, wife, enemies, animals, non-Muslims, friends, widows, and the poor and the orphan.

The Quran itself explains ‘’indeed in the messenger of Allah is the excellent pattern of conduct’’ [Quran 33:21]

The prophets were dutiful and obedient to Allah which gave us a message that we should also be sincere towards Allah by following his commands.