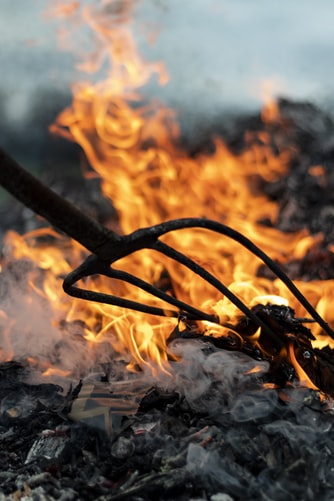 The Seven Greater Sins and their Punishments in Islam

What could be the greatest sin which is strictly prohibited by Allah? You might be doing or facing any of these in daily life yet you are oblivion to them. The greatest sin is that about which both Allah and His Messenger (P.B.U.H) declared the threat of Hellfire, or a curse, or a punishment for committing it. A minor sin also presumes the status of a major sin, when repeated again and again. In the case that the major sins are avoided, Allah (S.W.T) promises our minor sins will be forgiven and we will be welcomed to Paradise.

“If you avoid the great sins which you are forbidden to do, we shall remit from you your (small) sins, and admit you to a Noble Entrance (i.e. Paradise).” [An-Nisa 4:31]

The sins span from major to minor some of them are significantly greater than one another. The Messenger of Allah (P.B.U.H) warned his Ummah against all these sins, be it major and minor furthermore; he (P.B.U.H) informed us with specific attributes of those sins, and in other situations, he established specific signs and marks. The seven central and destructive sin which are collectively described in the Prophet's narrative (P.B.U.H) is one of the most serious sins:

“Avoid the seven destroyers.” They said: “O Allah’s Messenger! And what are they?” He replied: “Committing Shirk with Allah, magic, to kill someone that Allah has prohibited – except for just cause – consuming Riba (Usury), consuming the wealth or property of an orphan, to flee on the day of the march (to battle), and to slander the chaste, unaware, believing women.” [Al-Bukhari 6857]

The greatest of these is shirk, which leads to death with no hope of salvation and when a person dies in that state, it will remain eternally in Hell. May Allah be praised; he says (interpretation of the meaning):

“Verily, whosoever sets up partners in worship with Allah, then Allah has forbidden Paradise for him, and the Fire will be his abode. And for the Zalimoon (polytheists and wrongdoers) there are no helpers” [al-Maa’idah 5:72]

“And indeed it has been revealed to you (O Muhammad (blessings and peace of Allah be upon him)), as it was to those (Allah’s Messengers) before you: "If you join others in worship with Allah, (then) surely (all) your deeds will be in vain, and you will certainly be among the losers” [az-Zumar 39:65]

“It is not for the Mushrikoon (polytheists, idolaters, pagans, disbelievers in the Oneness of Allah), to maintain the Mosques of Allah (i.e. to pray and worship Allah therein, to look after their cleanliness and their building, etc.), while they witness against their selves of disbelief. The works of such are in vain and in Fire shall they abide” [at-Tawbah 9:17]

Sihr means showing something instead of what it is or should be. In Islamic terminology, the word Sihr refers to all the origin of which is hidden and all the possible events that are different from what they are and take place by dissimulation or deceit. The magic of all sorts and forms is more sinful. The majority of prominent scholars agreed to take the magic as incredulity and the one who learns it is acknowledged as an unrepentant sinner and unfaithful. Those who go to a fortune-teller and ask something from him are not allowed to pray for forty days and nights.

The murder of a soul is one of the most serious crimes, but it's a major sin inherently lesser to shirk (the association between others and Allah). It's a major sin such as adultery, fornication, robbery and so on. The person who does so is not an infidel unless he finds it permitted in doing so. Therefore, may Allah be glorified, says of him:

“And whoever kills a believer intentionally, his recompense is Hell to abide therein, and the Wrath and the Curse of Allah are upon him, and a great punishment is prepared for him” [an-Nisa’ 4:93].

Riba means an increase in wealth and items concerning specific types. Usury is one of the greatest sins, for Allah and His Messenger take into account it to be a sin of terror and destruction. There are two types of Riba:

Riba Fadl: This occurs when there is an unequal exchange of two objects of the same kind.

Riba Nasiah: The rise or development is because of postponement or delay. Calculated or specified at the beginning of the contract or on the maturity of the debt.

“O you who believe! Fear Allah and give up what remains (due to you) from Riba (from now onward) if you are (really) believers. And if you do not do it, then take a notice of war from Allah and His Messenger” [al-Baqarah 2:278]

5. Consuming the Wealth or Property of Orphans:

The orphan is the individual whose father died while he is young and not yet reached adulthood. The orphans need friendly treatment, preservation of their property, growth and careful handling. Anyone who illegally spoils and consumes the orphan's wealth is sternly warned, for the orphan is poor and has insulted him and eaten his wealth. He is addressed to that stern warning, but not disbeliever; he is a sinner instead, as long as he does not take into account such warning permissible.

Allah (S.W.T) warned us from such heinous sin by saying:

“Verily, those who unjustly eat up the property of orphans, they eat up only a fire into their bellies, and they will be burnt in the blazing Fire!” [An-Nisa 4:10].

6. Fleeing from the battlefield.

Allah has warned and threatened those of us who accuse chaste women who never think of anything that will affect their chastity because they are good believers. It can destroy and ruin their family and life by accusing these believing and chaste women of adultery. The accusation, therefore, destroys social cohesion and propagates chaos. The dignity of women and society is thus being undermined by committing this unusual sin. Allah, may He be exalted, says (interpretation of the meaning): “And those who accuse chaste women, and produce not four witnesses, flog them with eighty stripes” [An-Noor 24:4]. /b>