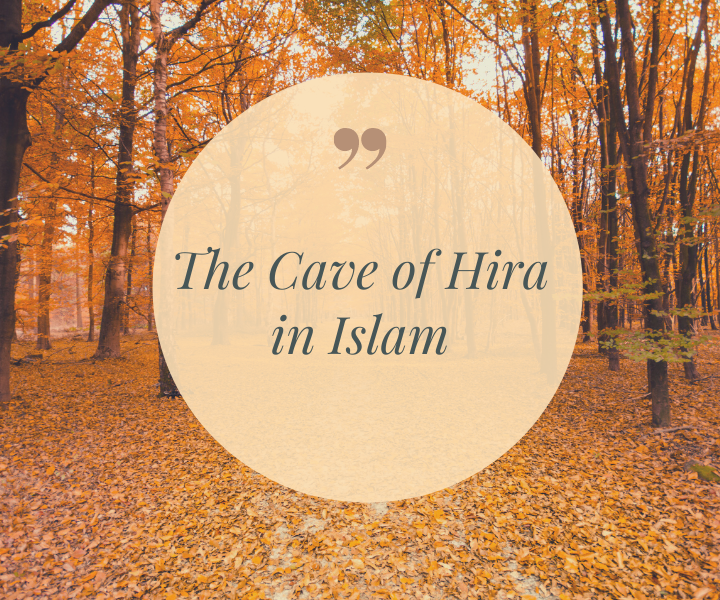 Story of The Cave of Hira in Islam

Prophets experiences in The Cave of hira in Thawr

There are two major experiences of the Holy Prophet (P.B.U.H) in his life which are associated with the cave of Hira. Firstly the awarding of prophet hood in The Cave of hira in Ramadan in 622 AD has happened and secondly his stay in The Cave of Thawr Rabi ul Awal 622 AD during his emigration to Madinah.

How much time Prophet Mohammad (P.B.U.H) used to spend in The Cave of Hira?

The Holy Prophet (P.B.U.H) used to spend long time in The Cave of hira in the mount of light or jabal al nur Meditating and pondering over his relationship with Allah. By the age of 40 this exercise became more frequent and more intense.

Beautiful Event happened at The Cave of Hira

“Recite in the name of your Lord who created, Created man from a clinging substance, Recite, and your Lord is the most Generous, Who taught by the pen, Taught man that which he knew not” [96: 1-5]

What Happen to Prophet Mohammad (P.B.U.H) after the First Revelation?

These were the first five verses of the Quran revealed on the Prophet Mohammad (P.B.U.H) in the state of fear; the Prophet (P.B.U.H) rushed to his home and saw Jibril (R.A) again in his mighty form. He narrated the experiences to his wife Hazrat Khadija (R.A), who consoled and reassured him.

Experiences in cave of Thaur

After Suffering setbacks and Persecutions for about 13 years in Mecca, The Prophet Mohammad (P.B.U.H) was divinely permitted to migrate to medina. Accordingly, he left Mecca, Accompanied by Abu-Bakr in Safar in 622 AD. Both went southwards toward Taif To hide in The Cave of Thaur. Both stayed there For three days and three nights till the first Rabi ul Awal .

Abu Bakr’s children, both Abdullah and Asma served during this period. Asma used to bring food while her brother used to keep an eye on the makkans who had been tracking down the Prophet (P.B.U.H). Some of them even managed to reach The Cave but were deterred by divine intervention. They saw a spider web at the mouth of The Cave with pigeons’ eggs on it and so abandoned the idea of any further pursuit.

Abu Baker took great pains to protect the Prophet Mohammad (P.B.U.H) and allowed himself to be bitten by a scorpion who had attempted to bite the Prophet (P.B.U.H). The Mohammad (P.B.U.H), throughout their stay in The Cave, kept consoling his comrade Abu Baker, expressing his faith in Allah’s support and security. Finally both left for Medina on the 4th day.

Significance of one of these experiences for the development of Islam