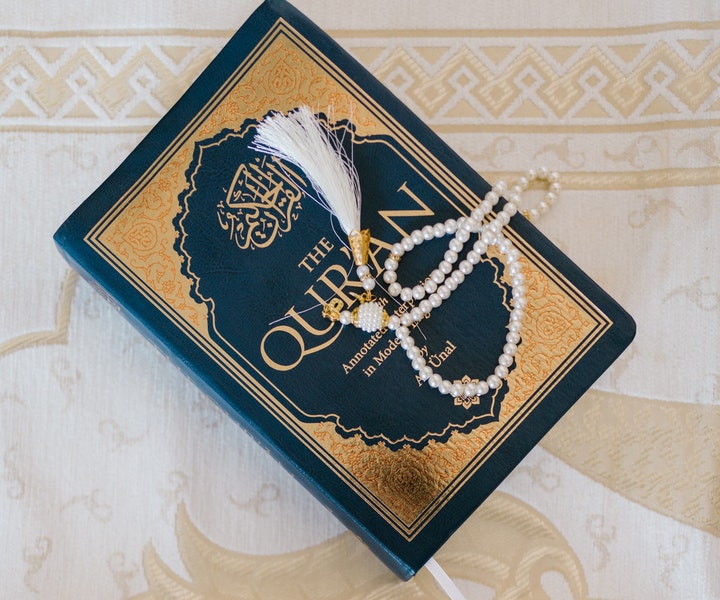 How Quran turned into Book form

During the life of the Prophet Mohammad (P.B.U.H)

The Quran gradually developed into a book form through three distinct stages. First it was preserved during the prophet’s (P.B.U.H) life when a team of scribes noted down every revelation on various objects, for example flat bones of camel, stones, slabs, leather sheets and palm leaves. Many companions also memorized the Quran with great interest.

The Quran had not been compiled during the life of the prophet (P.B.U.H).

After the death of the Prophet Mohammad (P.B.U.H)

Circumstances have changed after his death. Hundreds of people who memorized Quran were killed in the battle of Yamama. On the advice of Hazrat Umar, Abu-Bakr has decided to collect all surahs of the Quran. Abu-Bakr appointed a team of 75 selected companions to assist Hazrat Zaid Bin Thabit in this task but Hazrat Umar contributed the greatest degree of assistance.

Hazrat Zaid used extremely cautious and meticulous technique in compiling the Quran. He used all the methods available and did not include any verse in his master copy of the Quran unless he had received written and verbal testimonies proving its uninterrupted succession.

How the verses were collected?

Moreover, the verses that the Holy Prophet (P.B.U.H) had arranged to be written under his own supervision were still preserved by the companions. Hazrat Zaid collected them together to make the master copy. For this a public proclamation has been made to the effect that anyone possessing any number of written verses should bring them to Zaid.

How Hazrat Zaid Bin Thabit measure the Authenticity of the Verses?

When written verse was brought to him, he used to verify its authenticity by the following methods. Firstly, he tested it's reliability against his own memory; secondly, Hazrat Umar (R.A) himself being a Hafiz, helped Hazrat Zaid when they used to receive any Quranic verse jointly; thirdly, no written verse was accepted until two trustworthy witnesses had testified to the particular verse written in the presence of the Holy prophet (P.B.U.H) and finally, the written verses were matched with the collection that different companions had prepared for themselves.

Each Surah was written on separate folios and so the copy was composed of many folios. In the terminology of the Quran studies this fair copy prepared by Hazrat Zaid is called the Mushaf.

The mushaf have some distinctive features including the verses which were arranged in accordance with the order identified by the holy prophet (P.B.U.H), but the surahs were not so arranged as they were written separately and the purpose of preparing this copy was to prepare an organized document with the collective approval of the whole Ummah (an exercise of Ijma).

The Mushaf remained with Abu Bakr (R.A) and after his death, with Hazrat Umar (R.A). After Hazrat Umar’s martyrdom it went in the custody of Hazrat Hafsah (R.A), daughter of Umar and thus became known as Mushaf-i-Hafsah.

The first Muslim community did a great job by putting all verses and chapters of the Quran together in a book form. Their service is indeed a fulfillment of this divine claim regarding the preservation of the Quran. As Quran itself says:

With the Quran in compiled form, Muslim can handle it in an easier way as all contents are available in a single volume. They now follow the order of recitation of Surah. Completing Quranic recitation in the proper order is now easy, like on occasions of Tarawih prayer in Ramadan, when several readings are made.

The compiled version of Quran is an example of Ijma of the Muslim world, and reflects unity and integrity of the whole Muslim community as they are agreed on the originality of each and every verse being the genuine word of God. This way, the faith of Muslims get strengthen in the supreme power of God, who has promised protection of his last Book by saying,

“We indeed send down the message and we will surely guard it (against corruption)”. [15:9 Al-Hijr]