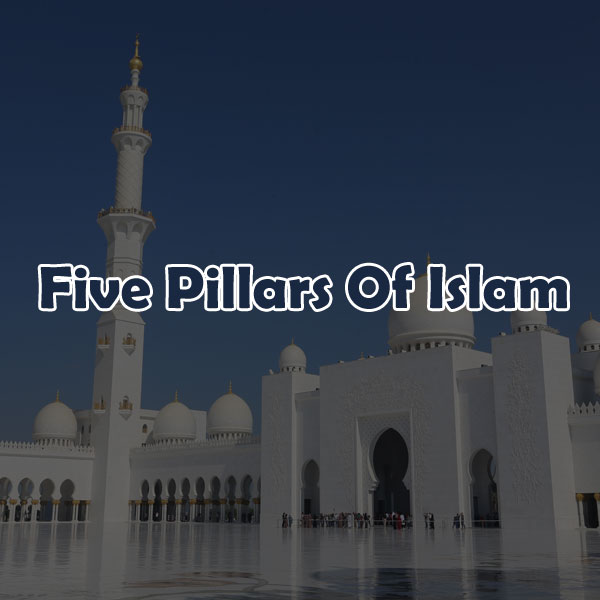 What is Islamic Faith?

Islamic faith means to believe in Allah, His angels, His books, His messengers, the last day, and the divine decree. These six believes are considered as six pillars of Islam. Every Muslim should have strong belief on all of these. Our Prophet Hazrat Mohammad (PBUH) said:

“Faith means to believe in Allah, His angels, His Books, His Messengers, the Last Day, and the Divine Decree, both good and bad”.

Belief in the Oneness of Allah

This is the most important and blind faith of Muslims. Yes, it is absolutely correct that nobody sees Allah and not even known about Him. But when we talk about nature, all the creatures (from simplest unicellular bacteria to multicellular and most complex human body), seas, mountains, daily sunrise and sunset, then these all are the signs of the Creator. It means that there is someone who has a control on this world, who decides our day of birth, day of death, runs night to day and month to years.

“O mankind! Remember the Grace of Allah upon you! Is there any creator other than Allah who provides for you from the sky (rain) and the earth? None has the right to be worshipped but He. How then are you turning away (from Him)”? [Qur'an Chapter 35, Verse 3]

Allah asks to us in this verse that is there any other creator than Allah? Is there any other who performs Allah’s job, provides us all blessings? If not then how is it possible to worship someone except Allah?

Belief in the Angels

Angles are created from light (noor) by Allah; different duties are allotted to them which they have to perform. They are always busy in the worship of Allah, not allowed to do anything against Allah’s will. Allah never delivered His message directly to prophet that is why one of the angels named Jibreel is created for this work. Angels are unseen but Muslims have strong belief on them because presence of Quran on the earth is the evidence of their existence. Angels acted as the link between Prophets and Allah. Angels took Allah’s commands and messages to Prophets and then Prophets delivered those commands to us and preserved in the form of book (Quran). There are different types of angels and their duties are the proof of their presence for those who have intelligence.

Belief in Books of Allah

Allah revealed four books to His messengers for the guidance of mankind. These books are Tawrat, Zabur, Injeel, and the Holy Quran.

“[It is] He Who has sent down the Book (the Quran) to you (Muhammad (PBUH)) with truth, confirming what came before it. And he sent down the Torah and the Injeel. Aforetime, as a guidance to mankind, And He sent down the Furqaan (The Criterion) [of judgment between right and wrong (this Quran)].” [Quran, 3:3-4]

Being a Muslim we have a belief on all divine books sent by Allah. But these are not present in their original condition as they are revealed except Quran. We have to follow and get guidance from only Quran because it is still present in the form as it is sent on Hazrat Mohammad (PBUH).

Belief in Messengers of Allah

Allah sent messengers for our guidance; they spent their lives according to the principles of Islam. Allah says in Quran to obey messengers and their messages. Hazrat Mohammad (PBUH) is the last of all prophets and messengers, and his whole life is the role model for Muslims.

“And obey Allah and obey the Messenger. But if you turn away, then Our Messenger is responsible only for the clear conveying of the Message.” [64:13]

Belief in the Last Day (The Day of Judgment)

This world and all living, non-living things present here are not eternal. After a specific time which is already decided by Allah, they must go to their end. Nothing will left in this world forever except the Creator of this world.

Allah describes this world in Quran as temporary and the life which starts after death is eternal.

“And this worldly life is not but diversion and amusement. And indeed, the home of the Hereafter - that is the [eternal] life, if only they knew”. [29:64]

Who, when disaster strikes them, say, "Indeed we belong to Allah, and indeed to Him we will return." [2:156]

Belief in the Divine Decree

It is the sixth faith of Islam and Muslims have a strong belief on it too like all the previous beliefs. Allah is the Creator of this whole world so how it is possible to anything from Him. In fact we human beings do not know about our lives until it happens. But our Creator knows about His creatures and their lives.