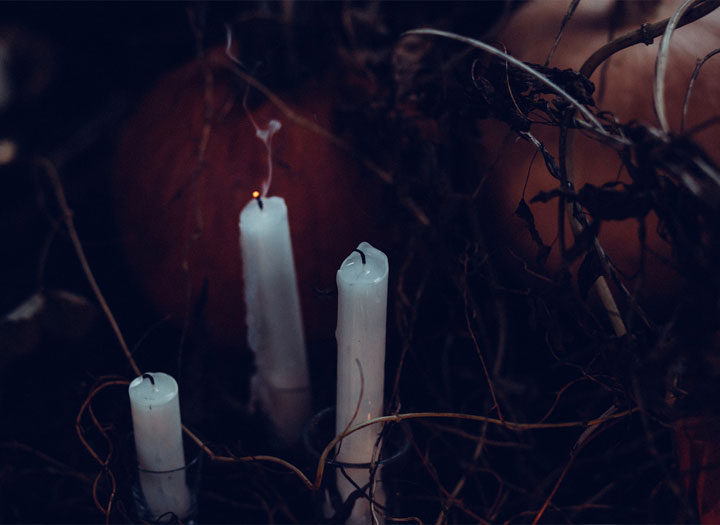 What is Black Magic and Why People Go for It

What is Black Magic?

Black Magic is described as supernatural power or magic that people learn for evil and selfish purpose. There are many things which are not written in the fortune, but still sometimes people have the deep urge to get those things. Hence, when people realize that those things are not in their hands and they are helpless to get them by any means, then they try black magic. People who have the strong faith in Allah and who are believers, would never try black magic because they are aware of the fact that this is something forbidden in Islam.

What Quran says about Black Magic?

Allah has clearly mentioned in Quran that whoever is indulged in the practices of black magic or witch craft would not be the one who can enter in Jannah. Allah says in Quran in Surah Al-Baqarah, verse 102:

“And they followed [instead] what the devils had recited during the reign of Solomon. It was not Solomon, who disbelieved, but the devils disbelieved, teaching people magic and that which was revealed to the two angels at Babylon, Harut and Marut. But the two angels do not teach anyone unless they say, "We are a trial, so do not disbelieve [by practicing magic]." And [yet] they learn from them that by which they cause separation between a man and his wife. But they do not harm anyone through it except by permission of Allah. And the people learn what harms them and does not benefit them. But the Children of Israel certainly knew that whoever purchased the magic would not have in the Hereafter any share. And wretched is that for which they sold themselves, if they only knew”. [2:102]

The above verse states that people should avoid black magic in order to get the good place hereafter. This act is forbidden not for the sake of Jannah only but if we look through the perspective of humanity, then to kill someone’s rights in order to fulfill your own desires is ethically and morally wrong. Black magic is something, through which a person gets his needs by wrong means and this is why it is considered as a sin in Islam.

Where Allah has mentioned that the act of black magic is forbidden, Allah has also told solutions for the protection from evils. Allah says in Quran, in Surah Al-Falak, verse 1-5:

Why black magic is forbidden in Islam?

From an Islamic point of view it is considered as a key to hell. As messenger of Allah Prophet Mohammad says,

Some people go to seek help from black magicians for reasons like just to take revenge from someone; to marry his/her loved one, to achieve their goals, or to have enough money to spend their lives lavishly. Even Muslims spoil their lives by these magic practices, just to have luxuries in a temporary life, which life has to end soon. Moreover, black magic makes one’s prayers unacceptable for forty days and believing in what magician says is disbelief A Muslim should only seek help from Allah, because he is our Creator, sustainer we all are His servants and a part of his kingdom who created this big universe without any flaw. A person should keep himself away from these evil vises so he may be successful in the Day of Judgment, offer prayers five times a day, because this is the key to achieve your goals. Black magic is forbidden in Islam for major reasons, including the way in which it is achieved ,for achieving it a witchcraft is supposed to seek help from jinn and shayaateen (devils), it also undermine ones religious commitment and also involve haram things. On the other hand, Halal is what God has made halal in His Book and Haram is what God has made haram in His Book, and whatever there is silence about it has been forgiven(allowed). [Ibn Majah, 3367].