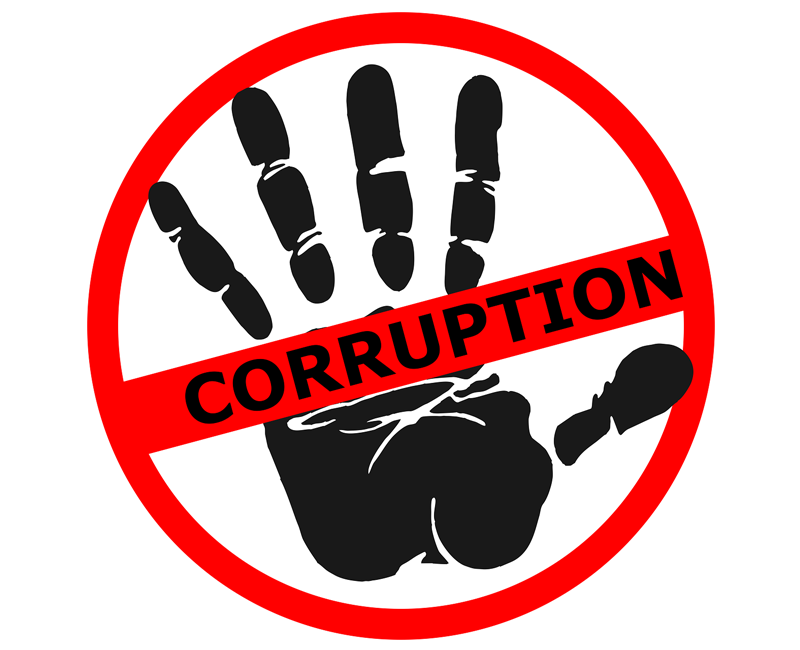 Fasad or Corruption in Islam

Fasad is an Arabic word, which means corruption, rottenness or depravity. In an Islamic teaching it can refer to promote corruption on land, spread mischief in a country, immorality against God, or disruption of constitutional order. What God says in Quran and Hadith about Fasad?

Allah advices mankind to be a well-wisher and honestly trying to promote what is right and true and to encourage the welfare of people instead of doing wrongdoers for aggrandizement’s purpose.

“And of the people is he whose speech pleases you in worldly life, and he calls Allah to witness as to what is in his heart, yet he is the fiercest of opponents. And when he goes away, he strives throughout the land to cause corruption therein and destroy crops and animals. And Allah does not like corruption. And when it is said to him, "Fear Allah," pride in the sin takes hold of him. Sufficient for him is Hellfire, and how wretched is the resting place. And of the people is he who sells himself, seeking means to the approval of Allah. And Allah is kind to [His] servants.” [Surah Al-Baqarah, verse 204-207]

“And O my people, give full measure and weight in justice and do not deprive the people of their due and do not commit abuse on the earth, spreading corruption.” [11:85]

Allah Is All Knowing, All Seeing And All Hearing

We always try to hide our selfish or criminal deeds from society just to prevent our reputation from devastation in front of people. We may hide our sins from others but how we would hide from the Creator of this world; who is all knowing, all seeing and all hearing.

Allah stated in Surah Al-Baqarah that He is well known from whatever has happened on earth among people, even what from which you are also not aware.

“And [mention, O Muhammad], when your Lord said to the angels, "Indeed, I will make upon the earth a successive authority." They said, "Will You place upon it one that causes corruption therein and sheds blood, while we declare Your praise and sanctify You?" Allah said, "Indeed, I know that which you do not know." [2:30]

Quarrelsome is Prohibited in Islam

Quarrelsome is another word which describes “fasad” that is why in Islam it is completely prohibited to maintains peace among human beings.

“The most hated person to Allah is he who is the most quarrelsome.” [Bukhari]

“And those who disbelieved are allies of one another. If you do not do so, there will be fitnah on earth and great corruption.” [8:73]

Prevent Yourselves from Committing Corruption on Land

God says prevent you from injustice, corruption, evil deeds on earth because from that you just enjoy worldly desires and then become guilty when it times to face their results.

“So why were there not among the generations before you those of enduring discrimination forbidding corruption on earth - except a few of those We saved from among them? But those who wronged pursued what luxury they were given therein, and they were criminals.” [11:116]

God declares that time will definitely come when you will taste whatever you have earned on earth.

“Corruption has appeared throughout the land and sea by [reason of] what the hands of people have earned so He may let them taste part of [the consequence of] what they have done that perhaps they will return [to righteousness].” [30:41]

Those people who are indulged themselves in corruption; God clearly declares for them a disgrace in this world and a great punishment in the life hereafter.

It is mentioned that:

“Indeed, the penalty for those who wage war against Allah and His Messenger and strive upon earth [to cause] corruption is none but that they be killed or crucified or that their hands and feet be cut off from opposite sides or that they be exiled from the land. That is for them a disgrace in this world; and for them in the Hereafter is a great punishment.” [5:33]

“That home of the Hereafter We assign to those who do not desire exaltedness upon the earth or corruption. And the [best] outcome is for the righteous.” [28:83]

Those who disbelieved and averted [others] from the way of Allah - We will increase them in punishment over [their] punishment for what corruption they were causing. [16:88]